About Anta’s Fitness and Self Defense

Ask about our family, military, law enforcement and City of Doral Employee discounts!

Welcome to the Longest Running Martial Arts Center in Doral

Welcome to Anta’s Fitness and Self Defense the areas leader in tactical self defense, martial arts education for children, and fitness. We are an award winning family ran and oriented martial arts, self defense and fitness center changing lives in the City of Doral (Miami) since 1998.

We Lead By Example 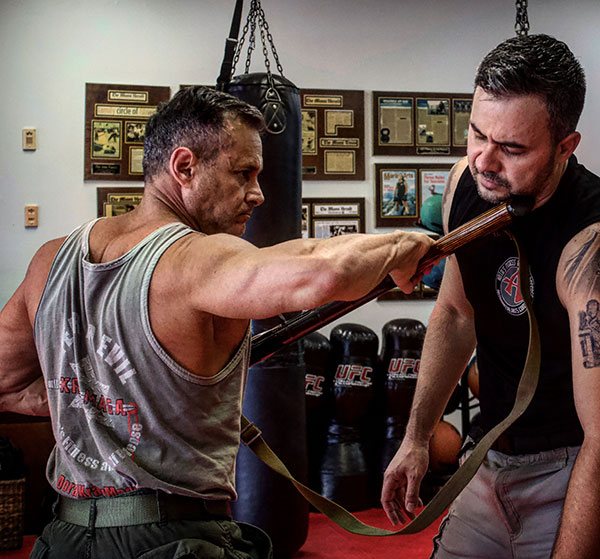 At Anta’s Fitness and Self Defense we lead by example. Head instructor Julio Anta is a student for life. Anta stays fit and is a competitive Masters Bodybuilder.

He is a certifies instructor and trains in Krav Maga, Judokickbox, Haganah, Jeet Kune Do, Kung Fu, Muay Thai, Israeli Tactical Shooting and is an NRA Pistol and Rifle Instructor. He is also a Gracie Jiu Jitsu student. All of our instructors follow Mr. Anta’s lead and are students for life. They are all trained and are certified by head instructor Julio Anta. They are also required to stay in shape for life.

Anta’s Martial Arts System is a unique blend of the world’s most effective martial arts styles, resulting in a well-rounded program of physical fitness, personal development, and reality based self-defense. Get in the best shape of your life while learning functional self defense and gaining personal development.

We have a program for each member of your family whether you are an experienced practitioner of Kung Fu, Karate or Tae Kwon Do, judo or a complete novice. We offer age appropriate programs for kids 3 years old and up, teens and adults. Anta’s martial arts fitness and educational programs for kids consists of more than just kicking and punching. Our instructors are experts in developing life skills and helping your child become indistractible.

Anta’s Fitness and Self Defense is where East meets West and the bridge between traditional and contemporary martial arts and fitness. Anta’s Martial Arts Kids program is a combination Bruce Lee’s Jeet Kune Do, Kung Fu, Krav Maga, Judokickbox, and  reality based self defense, Muay Thai Kickboxing, Jiu Jitsu and submission grappling.

This is a martial arts child educational program. We will teach your children to survive an encounter with the school yard bully and get in the best shape of their lives. We train them to become focus and indistractable.

Julio Anta has been studying anti-bullying tactics since 1998. He is one of the few instructors that was mentored and certified by Dr Terrance Webster Doyle (Dr T) author of over 20 books on bullying, who coined the word Bully Busters. On May 2, 2002 Anta was fully certified in the first anti-bullying program, Dr T’s Martial Arts for Peace Bully Busters. Julio also developed a complete anti-bullying program that he calls “Art of Fighting without Fighting Anti-Bullying.”

We are a Community Safe School. A Community Safe School is a proactive network of martial arts schools dedicated to the prevention of personal safety and wellness issues such as bullying, child abuse, abduction, drug abuse, obesity, fitness, nutrition, violence and crime.

Anta’s Fitness and Self Defense have develop unique and effective free community service educational and fitness workshops and seminars. They have performed at and conducted numerous events for charities and for at risk children.

Anta’s Fitness and Self Defense Proclamations

On October 15, 2005 Anta’s Fitness and Self Defense National Martial Arts Day was proclaimed in the City of Doral.

On August 25, 2012 both the City of Doral and Miami-Dade County Proclaimed Anta’s Art of Fighting without Fighting Anti-Bullying Day.

On September 22, 2018 the City of Doral and Miami-Dade County Proclaimed that date as Anta’s Fitness and Self Defense 20th Anniversary Day. 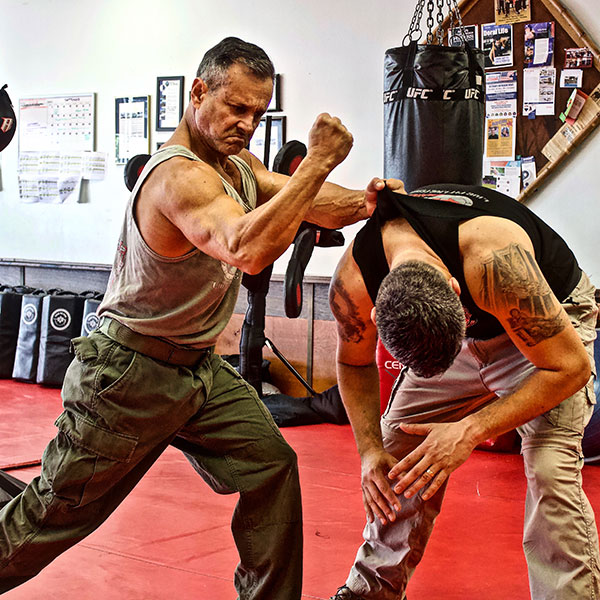 Anta was one of the first instructors in South Florida to teach Israeli Self Defense. In 1999 he took a Krav Maga workshop. Later he studied Haganah and took other Krav Maga workshops. On July 12, 2004 Anta was certified in Haganah F.I.G.H.T by Mike Lee Kanarek originator of Haganah, Krav Maga instructor and Israeli Special Forces.

There is not a day goes by without more violent attacks making the news. Riots, looting and mobs vandalizing cars, homes business like never before. It is a sad truth, that we are more at risk today from  sudden and violent crime than we have ever been.

Anta’s Muay Thai Kickboxing is authentic Muay Thai combined with American Kickboxing. You will learn to fight while getting in the best shape of your life in a safe environment.

HIIT is the best way to get in shape, stay healthy and look good at the beach. You will have fun while getting Fit and Fearless.

All Martial Arts schools (Karate, Kung Fu, Tae Kwon Do, Jiu Jitsu) are not created equal. Our goal is to provide students the highest quality martial arts instruction available in a safe and positive learning environment that students 3 to 93 can enjoy. 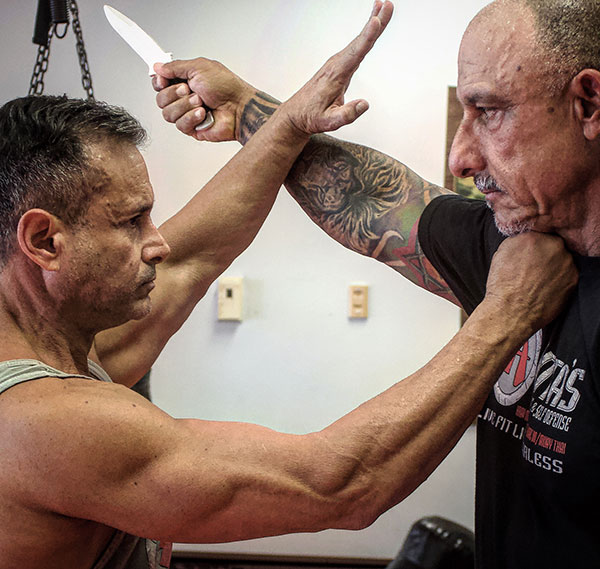 Anta is a Muay Thai Kickboxing Kru instructor under the Tran Muay Thai Association. He is a 2nd degree Black Belt in Judokickbox, the first Cuban Mixed Martial Art and the United States Judokickbox Federation president.

Julio Anta is a member and certified instructor of Jeet Kune Do Athletic Association. He also holds rank in Paul Vunak’s Jeet Kune Do, DOM (Descendants of the Masters) as a certified JKD Phase One Instructor, Law Enforcement instructor and Edge Weapon instructor.

Anta is the published author of “Anta’s Ageless Warrior Fitness.” He is a video author of “Shaolin Physical Conditioning” and “The Art of Fighting without Fighting Anti-Bullying.”

Our school is centrally located in Miami at the Doral Isles Plaza, 10721 NW 58 St. Doral, east of Publix.

An ancient Chinese proverb says that a journey of 1000 miles starts with 1 step.

Begin your journey today at Anta’s Fitness and Self Defense. Email us at FitDef@aol.com For Information on our Martial Arts, Fitness classes call us at 305 599-3649 and visit our Sister Site AntaMartialArts.com