Krav Maga translates to Combat’ Contact, or Close Quarter Combat. It is a highly effective modern Israeli self-defense system. Krav Maga has a rich history that begins on the streets of pre-war Europe.

Krav Maga is the military self defense system of the IDF (Israeli Defense Force) it was developed in the battlefields of the Middle East in 1948 when the state of Israel was born. It is battle tested and continuously enhanced.

To understand the fighting principles, spirt and mindset of Krav Maga you have to first know some Israeli history and know what Jews have been through. Israelis have a history of survival being enslaved, conquered and violently attacked throughout centuries. Throughout history Israel has been conquered by the Egyptians, Assyrians, Babylonians, Persians, Romans, Muslim Arabs, Turks and many other nations. Jews had been living in Israel continuously since the loss of independence in the year 135. Yet, in the 1880’s Jews from around the world began to return in great numbers to Israel. The returning Jews were regarded as weak by Arabs and other Muslims living there and were attacked violently. Who can forget the evil horrors of the Holocaust, the genocide of approximately six million Jews durning World War II by Nazi Germany led by Adolf Hitler. The survivors of the Holocaust camps have a motto and its “Never Again.” When the Nation of Israel was founded they need to have a system that would protect their land and citizens.

Krav Maga was founded and created by Imi Lichtenfeld, born in 1910 in Budapest, Hungary, and raised in Bratislava, Slovakia until the age of 30. Imi grew up in a tough area that was dealing with fascist, gangs and anti Semites. While fighting in the street he learned that sporting techniques did not work and began developing real life self defense. He began to incorporate techniques from different martial art and self defense styles to form an effective approach of Krav Maga to enable the Jewish community to defend itself against the growing number of Jew haters.

He later was faced with the task of preparing both male and female, fit and out-of-shape soldiers. Imi developed Krav Maga a comprehensive system of hand to hand combat for the military that relied on simple, instinctive moves rather than rigid techniques requiring years of training. Krav Maga is the fastest and easiest way to learn reality based street self defense.

Imi was the son of a chief police inspector, gymnasium owner, and former circus acrobat, Imi quickly excelled in sports, and showed strengths in wrestling and boxing. As a teenager, Imi competed at the international level in wrestling, and was a champion member of the Slovakian national wrestling team. As an 18-year old, Imi was crowned champion at the Slovakian Youth Wrestling Championship, and at the age of 19, Imi won the championship in the adult lightweight and middleweight wrestling divisions, he was also competed in the Slovakian national boxing championships and international gymnastics tournaments.

In 1948, Imi became the Chief Instructor for Physical Fitness and Krav Maga for the IDF School of Combat Fitness. He continued to develop and enhance Krav Maga for regular and special military applications until 1964, when he retired from the IDF. After retiring from the IDF he spent the remaining years of his life refining and modifying Krav Maga to fit the needs of civilians and police forces.

Krav Maga was initially a military training program. Today, Krav Maga has evolved and expanded to provide training for the general public and law abiding citizens who seek peace of mind in this dangerous world we live in, while still maintaining itâ€™s prominence as the top training program for special military forces and commando units, advanced law enforcement teams, including SWAT, and private security personnel.

Krav Maga was founded on real world experience and demands, and based on practical concepts and principles, Krav Maga is primarily focused on the use of natural movements and reactions for defense. Krav Maga is more than a physical self defense it is a mindset. Israel is a small country surrounded by enemies sworn to destroying Israel. Yet, they reveal in victory and are still standing strong. Krav Maga will teach you to defend yourself in the streets using the same mind set that the Israeli military uses to defeat violence and the cowardly act of terrorism. Who better to teach you to survive and defeat violence in the street than an Israeli warrior. Israeli’s live and face danger daily. They are surrounded by violent hateful countries that want to annihilate the nation of Israel. Krav Maga teaches you to protect yourself from violence by using the same warlike concepts and mind set that the nation of Israel uses to protect against and defeat their enemies and terrorism. 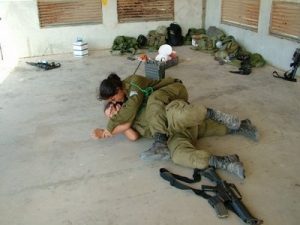 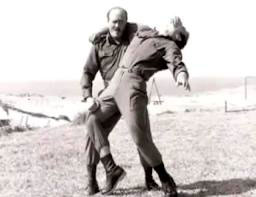 At Anta’s Fitness and Self Defense Krav Maga classes will learn the Israeli mind set and physical self defense techniques of Krav Maga to walk in peace. Call us today at 305 599-3649 or e-mail us at fitdef@aol.com for a FREE introductory class that will change your life.